Is a Netflix Style Streaming Service About to Revolutionise Gaming?

Is a Netflix Style Streaming Service About to Revolutionise Gaming?nikNovember 15, 2017October 4, 2018 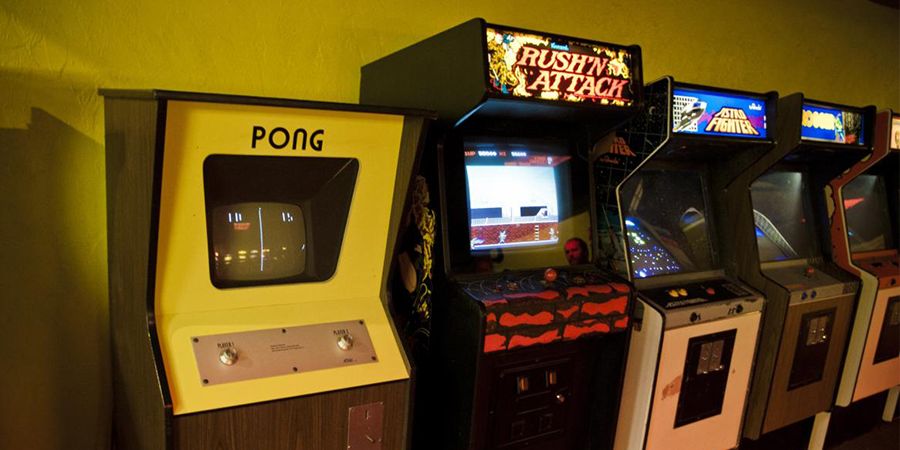 Is a Netflix Style Streaming Service About to Revolutionise Gaming?

Paying a flat-fee for a library of content is the new normal. The popularity of TV and movie streaming services has exceeded everyone’s expectations. Netflix has transformed from a hardcopy film-rental service into one of the most used media services in the world. They now produce some of the most popular shows ever made. No game-streaming platform has yet achieved the same level of popularity, even though gaming is normally at the forefront of media technology. Which begs the question, are we about to experience a major change in the way people pay for games?

Game-rental has always been one step behind movie rental; all but the youngest of readers should remember the tiny cabinet of games to rent at local libraries and video stores. With streaming services becoming increasingly prevalent, some industry insiders think that a catch-up is inevitable. Ty Taylor, game-developer behind 2013 puzzle game The Bridge told IGN that games need to adapt to on-demand streaming services to survive, “Sure, as someone who makes their livelihood entirely off of sales of the games I create, I’d prefer people play full retail price for a game rather than just playing it for a bit on a pay-per-month service, but the reality is that there are too many games [being released] to the market every day for that to be the only sustainable business model anymore.”

Early attempts at game-streaming services struggled as internet speeds were not fast enough to support constant streaming. However, recent attempts have diverged from the Netflix model to avoid this problem by making their game libraries downloadable. The Xbox Game Pass, for example, charges a monthly fee and gives access to a range of triple-A game series like Halo and Gears of War; while membership is active players retain access to their games.

Xbox Game Pass is not the only contender. Xbox Live Gold and Playstation Plus give out free games each month. There are over 400 games available to play on Playstation Now, and Nvidia GeForce Now has a large collection too. The Nintendo Switch has also offered a selection of classic games like Dr. Mario based on an annual $10 subscription service.

One foreseeable problem is proprietary content. Take for example EA’s streaming service, “EA Access”, EA is a behemoth of the gaming world, but their library is still limited to EA games. Often games produced by the same developers share many similarities and varying skins, consider Mortal Combat and Injustice, or Skyrim and Fallout. As the streaming market develops, we may see a couple of streaming services monopolising the market. Once established, these could operate with sub-streams, like channels, where users could pay extra to access games by a certain developer.

This abundance of choice could be a good thing for game development. With blockbuster games becoming so expensive to produce, we have seen a convergence in game styles and a lack of risk-taking. Having a streaming service would make games’ similarities more pronounced. This could lead to more innovation, because developers will have more incentive to design unique games that stand-out.

A key contender for the streaming service crown is Jump, a streaming platform that has had great reception from GamesRadar, PCGamer, and Forbes. Jump is cross-platform service granting access to a curated selection of premium indie games for $9.99 per month. This curation process may prove to be a winning idea. Jump introduces one new premium game, and nine other games per month. They have stated that they do not want more than this, because they do not want to overload users with mediocre games. This is one of the main criticisms levelled at Netflix, they have an abundance of available shows and movies, but the majority are of somewhat questionable quality. Jump’s CEO and founder, Anthony Palma claims to look for three different things in their selection process, “Award-winning games, highly rated games, or runaway bestsellers. Steam was so good in its early days because of its curation. We took the same approach.”

Jump also improves on Xbox Game Pass’s downloading model. Instead of streaming online or downloading full games onto players’ hard-drives, it uses web-based technology, launching games via the Jump client. This way, games are delivered in chunks to the device as they are being played, with no full installation necessary.

Game developers like Ty Taylor can rest a little easier knowing that Jump is not aiming to cannibalize their premium sales. Palma, who was once an indie game developer himself, argues that Jump will be good for games, especially, indie games, because it will extend rather than replace their revenue streams, “We want to be like Netflix or HBO, where movies go after they’ve gone through their premium sales cycle in the theatre […] Right now that’s a huge missed long-tail opportunity for developers.” Jump offers game developers a generous 70% of revenue, based on minutes played. What is more, they pay advances to developers to help alleviate risk. These advances allow new games to be created that otherwise might not be, much in the same way as Netflix was able to create its own popular shows that would have been too scary or risqué for mainstream television.

While Jump is largely focused on indie games, they have stated an interest in expansion. Theoretically, a service could run in a similar way with triple A games. With more and more problems being solved, it’s not unthinkable that in a couple of years times, we might be paying for games in a brand new way.