Mastering User Acquisition: From the First Banner Ad to the Latest Creative

Mastering User Acquisition: From the First Banner Ad to the Latest CreativenikSeptember 1, 2017October 4, 2018 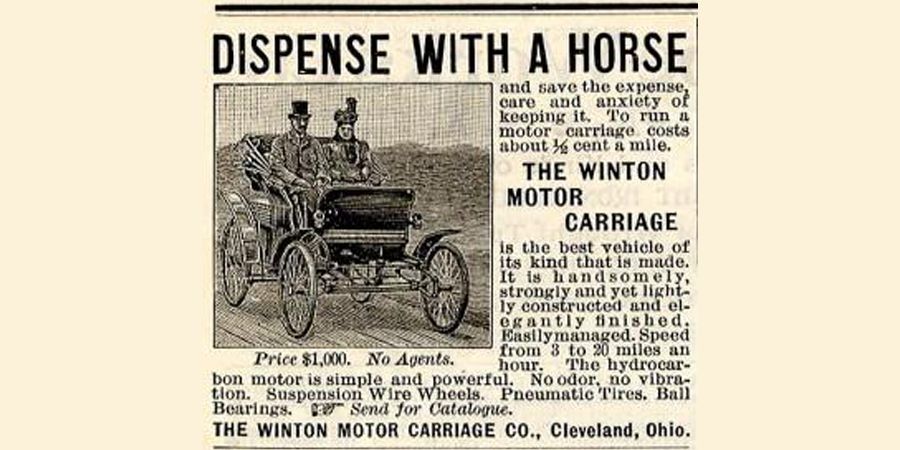 Mastering User Acquisition: From the First Banner Ad to the Latest Creative

In 1898 the very first car advertisement was published, boldly calling on readers to dispense with their horses. Ninety-six years later, the first online banner advertisement was uploaded. Since then, we have had advertising revolution after advertising revolution, and all manner of strategies have been launched to maximise user acquisition. This article will examine how the industry has changed and what today’s advertisers need to do to master the online world.

On October 27th 1994, Wired.com (Hotwired.com at the time) released the first banner ad. They refreshed banner ads from twelve companies, but the very first to be displayed was by AT&T, it read, ‘Have you ever clicked your mouse right HERE? YOU WILL.’ It was part of their perceptive campaign predicting all the ways that technology would change people’s lives.

AT&T’s ‘You Will’ TV Campaign

At just 468 pixels wide and 60 pixels deep, the grainy banner would not earn a second glance today. But this was 1994, when the mosaic browser was transforming into Netscape. If you want an idea of what it would have looked like in situ, click here. While many of AT&T’s technological predictions came true, little could they have imagined just how prophetic the ‘YOU WILL’ in the banner ad would be. It triggered a tidal wave of investment and similar ads sprung up all over the internet. Businesses of all sizes quickly realised the potential profitability of the industry and clamoured to get a cut. It was a crucial moment in the dot-com bubble and the portal wars (coming to all good consoles Christmas 2018).

The financial value of the online advertising industry is now astronomically high, by 2019 it is expected to be worth $220.38 billion. Yet one does not simply create a two-hundred-billion-dollar industry without a few significant developments first. For the first time, advertisers gained access to attribution. Not only could they monitor how many people saw their adverts, but also how many people interacted with them. This allowed advertisers to minimize speculation about which adverts were successful and which were not. In addition, social media, has helped with the vast expansion of available data (some claim 90% of all world data has been collected in the last two years). This makes targeted advertising much more efficient, easy, and effective. However, every technological advantage, means more marketers to capitalise on them.

As we have written about previously, when market saturation begins, specialists need to adapt to significant operating changes. The first banner ad had a click-through rate (CTR) of 44% percent, a statistic that would be as good as impossible to replicate today. The average CTR for an ad is approximately 0.2% and anything above 2% can be considered a success. AT&T achieved their enviable rate in a few ways. Firstly, the audience had no reason to believe they were being advertised to, so they lowered their guards. Secondly, the internet was an arid desert compared to the virtual jungle it is today. With no Wikipedia pages to get lost in, no YouTube, Twitch, Facebook or Twitter, there was simply less to be drawn to on the internet. Thirdly, because of its novelty factor, the advert was unique, innovative and intriguing.

The internet in ’94 as demonstrated with a tumbleweed. Credit: Andrew Ng

All of this leads to today’s online advertisers and how best they should proceed with user acquisition in 2017’s diverse market. Whether they are in gaming or fast-food, user acquisition policies should follow some universal principles: clearly define your audience and ideal audience; devise a well-thought-out cost benefit strategy; ensure you have a capable team on alert to fix any unforeseen issues; actively communicate with users and potential users to receive meaningful feedback; and finally, above all else, set smart, measurable aims.

Any intelligent user acquisition strategy must also take heed of the trends of the day. Mobile advertising is a powerhouse that can no longer be ignored. Emarketer forecasts that U.S. mobile programmatic ad spending will account for 76.3 percent of total display ad spending in 2017.

Companies like adspree, which specialize in the gaming market, have extra reasons to focus on mobile usage. But the trends shown above, cannot be ignored by any marketer looking to set a long-term user acquisition policy. Mobile traffic already makes up half of all e-commerce traffic in the U.S. Advertisers must adapt to this trend, and the specific competitive advantages of the mobile platform. Mobile adverts should always be fast loading and tailored for small screens and simple formats.

Another trend that cannot be ignored is video. Video is finished with the radio star, it now has its eyes firmly set on everyone else. Tech-savvy millennials are growing increasingly difficult to reach through traditional advertising channels. In the era of streaming, Twitch, YouTube, and mobile gaming, video is an immensely powerful user acquisition tool. It is considered by many experts to be the future of content marketing. Nielson report that 64% of marketers expect video to dominate their short-term strategies. In addition, Cisco, forecast that 69% of all consumer traffic will be video based in 2017. With increasing affordability and an increasing number of channels to utilise the power of video (Facebook, Instagram, YouTube, Snapchat, mobile games), there is huge potential to reach users.

Where does this leave the humble banner ad? The banner ad is still an excellent creative medium for user acquisition, assuming it is used wisely. It will never be possible to replicate AT&T’s contextual advantages, but if an online marketer wanted to come anywhere remotely close to a 44% CTR, then they would need to replicate its novelty factor to stick out from the crowd. Distrust of spam ad banners means that AT&T’s ‘Click Here’ tactic would no longer be effective. Banners need to be trustworthy and recognisable across channels. This means the inclusion of logos and brand names, unless you are renown enough to be recognised by the distinct style of your company or campaign. Yet, the banners should also be eye-grabbing, unique, and attractive. Effective banners often have constantly refreshing versions to continually attract users’ attention. They should create a sense of urgency or intrigue while letting users know what is being offered. Finally, they should be highly visible and placed in prime locations on reputable channels.

While today’s internet might look unrecognisable compared with its 1994 antecedent, some user acquisition principles remain the same. Examine trends, use all the tools at your disposal, predict the market, but be unpredictable yourself. Be innovative, novel, nuanced and forward thinking. Be smart, but do not be afraid to break the rules every now and then to stick out from the crowd. After all, some things never change.